The day that’s gonna change everything!

The day that’s gonna change everything!

“I don’t want to come to your flat today. It is being the same every week and your roomies might start feeling awkward. I would rather catch up with you for lunch tomorrow at Connaught Place”- Vasundhara insisted.

Aadarsh knew it would be pointless arguing with her as she has already decided it. So, he wished her good night and dozed off with a smile on his face.

It has been three months Vasundhara has shifted to Delhi with a new job. Things have messed a bit between them due to the long distance. In the last two years, she has seen a completely new Aadarsh, an over possessive, insecure one. She never expected him to be like this. She has seen him crying every night, she has seen him losing focus and losing weight every day, he had been intoxicating himself, he would keep on staring at the rotating fan hours after hours, he stopped talking to his parents, he stopped eating.

She could not let it happen to him, so finally she made her mind and took up a new job in Delhi to ensure they stop fighting. After completing their college together, she started working immediately in an MNC as she wanted to. But Aadarsh had a bigger goal to achieve. He wanted to study more and crack IIT for pursuing his ‘Masters’. If not, at least he wanted to secure a job in Central Government as a Civil Engineer. He knew that it would be the only way he could take a stand for Vasundhara, the girl he has been madly in love with for six years now. Though initially he had a thought that he might have to give up on her due to caste issues as he was a Rajput and his family will only accept a Rajput girl as his wife, but slowly with time passing by and she going far from him, he had realized that without her, his life won’t have any meaning. Not only because he was not strong enough to see her getting married to someone else, but also because who else will discuss with him about how amazing the goal was by Cristiano!

Yes! She has been the girl who would watch football with him and discuss every single bit of it. She had been the one who would never ask him for expensive date but would love to stay back home and cook for him while he would roll a joint for both of them. She was the one who taught him what love is, what it feels like to be jealous, what it feels like to make love thousand times yet feeling like it is the first time. She showed him how it feels like to hold hands in public, yet not to make a single person offended and exchange a smile rather with them. He learnt how it feels to eat from the same plate and still be full till throat. Nobody will ever look into his eyes the way she does. How could he let go off her?

Aadarsh woke up, he will have to go and meet her today. He was getting ready when Saurya entered his room. He knew that it was Vasundhara’s week off and she should have been there by then. He asked Aadarsh why she was not there. In the last three months she never skipped coming to their flat on her week offs. From the first day Aadarsh introduced her to his roomies, she has been like a family to them. Especially Saurya! He always considered her to be his little sister.

Aadarsh told him about her message last night and Saurya immediately dialed her:

“You call me your brother and you could still think that you coming to our place will bother us? How could you?”

“Let it be! Go out, have fun and come home in evening.”

“It is gonna be your treat tonight as a punishment for the disgusting thought you had!”

Aadarsh met her sharp at 2.30 pm at CP and like every time he got dumbstruck by her cuteness. No matter what she does or what she wears, he always finds her as cute as a newborn. Once he was done staring at her, they decided to go to Lady Baga. It was their one of the most favorite places.

They ordered two beer, once chicken xacuti and one butter garlic crab. The food was served pretty quick and they were discussing about what to do in the evening. She still insisted that she should not turn up to their flat on every week off. While she spoke, Aadarsh kept on watching her.

It’s been half an hour when Aadarsh got call from Saurya. He rejected the call twice as he wanted to spend every single minute with Vasundhara, but when the call came for the third time, he understood it was important. The moment he answered the call, he was asked to put the phone on speaker.

“The RRB SSE results are out”

There was an awkward silence in fear and then Saurya broke the news.

“You have cleared it baba!”

Aadarsh and Vasundhara stared at each other, not knowing what to say. They were both in tears. It was a mixed feeling for both. Clearing this exam means, the biggest and the toughest one is ahead which is nothing, but it was time for him to talk to his parents about the girl he loves. This was the day they were looking forward to. Vasundhara has always been in support of him, her family knew about them and there were no issues from her family. So, it’s time for Aadarsh to take a stand for her.

Will his family be able to understand his love? Will they accept the most amazing girl he ever knew? It’s time! 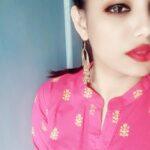