Premonitions, Visions… or what?

Premonitions, Visions… or what?

“What is worse? To be confronted with obvious horror, or to be haunted by a never-ending premonition of what’s ahead?”― Jac Jemc, Writer

We all have premonitions in our life. Sometimes we can understand it, at times we can’t. But we all have had at least one premonition in life. Understanding the vision of the future or premonition is difficult. Because you see it, feel it but you don’t know, when and where to use it or when it will actually take place.

My Mother had such a premonition. Terrible premonition. She calls it premonition but for me, it’s actual terror. I don’t know if I can call that thing premonition. The vision my mother got, has affected me. Gave me the most beautiful feeling of this world for some time and then took it away with unbearable pain.

My mother is a religious woman. She spent most of her time in prayers or reciting different mantras from different religious books of Hinduism. She recites lines even while doing household works too. She is a big believer in positive energy. She believes and taught us too that if you be good then nothing bad can reach you. Do good, be good and the good will find you. But this once, her theory in life failed her. These incidents made all of us understand that doesn’t matter how good you be in life; negativity will find you somehow and you have to overcome it.

In India, we live with our parents even after you come to legal age and after getting married too. So, we have a joint family culture in India meaning, Grandparents, parents, kids all stay in the same house. Not everyone follows this, but yes, most of the families follow this. Nowadays kids are migrating and staying away from family due to their jobs and this is spreading the nuclear family culture in the country. 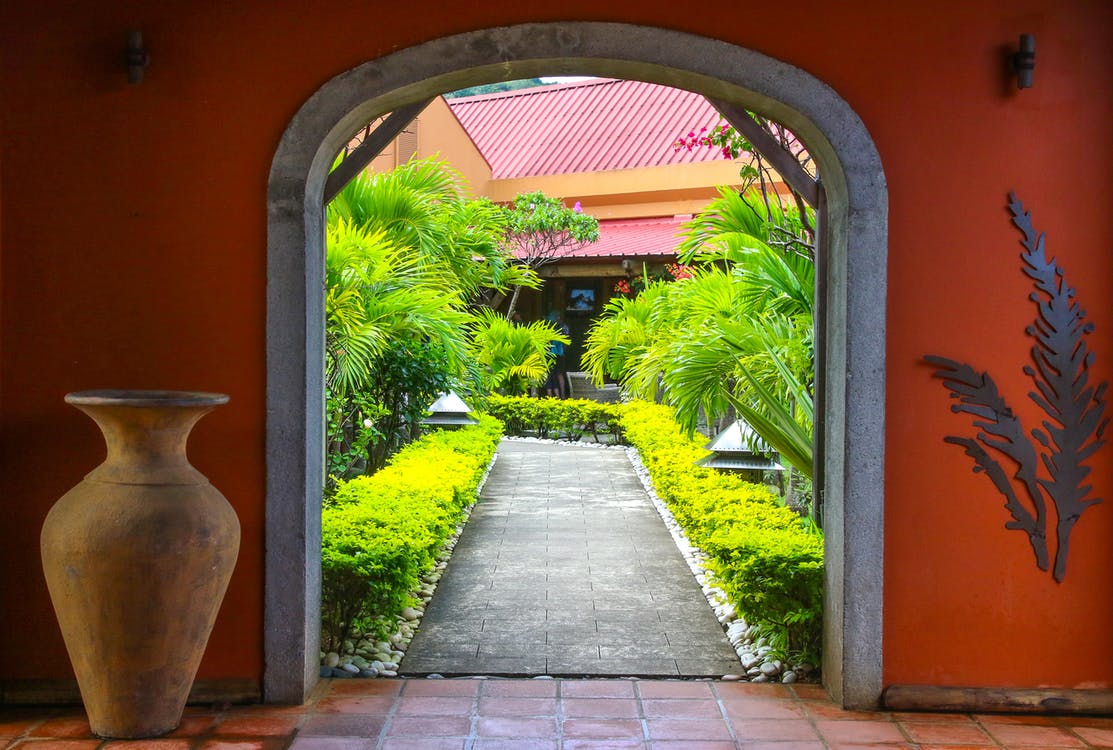 My Family is also a Joint family and hence, our house is big with 7 bedrooms, Kitchen, Living room, front yard and back garden. It is a 2 Storey building (Ground floor and first floor). The first floor had 5 bedrooms, one study room, and a beautiful balcony. Groundfloor had Living and dining rooms, Kitchen, 2 bedrooms, prayer room. Mine, my brother, my cousins, his parents’ bedrooms, and the guest room were on the first floor. My parent’s and grandparents’ bedrooms were on the ground floor. The back door of the house was in the kitchen. In the back garden, we had this huge water tank. It was custom built with cement. It was nearly 6 feet in height. So, we had a small ladder attached to it. Though this tank was at the end of this property still it was clearly and properly visible from the kitchen as our kitchen had a big window.

These incidents took place after 6 months of my wedding. I called my mother and while talking I felt she was distracted and a little disoriented. After asking few times, she told me that she has seen a woman roaming around our house few times and it’s concerning her. I told her to ignore it because our house is near to the local market. Could be any random woman looking for something. She agreed but was not convinced. According to her, the woman had a negative vibe. 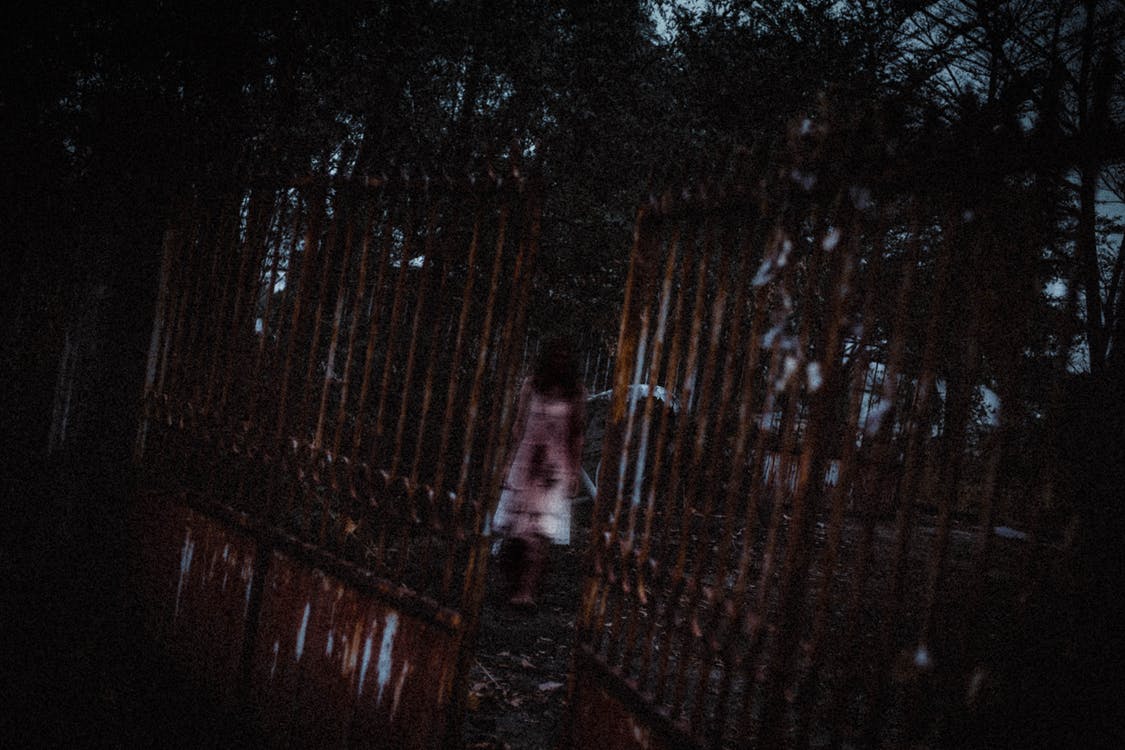 Within a week I heard from my mother again that she saw the woman in our back garden. This time I thought she is hallucinating. Then after few days, she has seen this woman sitting on top of the water tank in the back garden. This time she has seen her clearly. She was wearing Indian traditional attire, Saree, and was wearing a big red Bindi (wore in the middle of the forehead by Indian women with traditional attires). My mother noticed her from the kitchen window. The woman was sitting on top of the tank first, but later she stood, and weird enough, she was holding an infant in her arms. She was looking at my mother and smiling. Then she started climbing down the ladder without even looking at it. My mother thought that she will fall and hence, mom screamed “watch it”. Within a blink of an eye, the woman vanished from that place.

After this incident, I found out that I am pregnant. My mother did not see this woman after that for the next 3 months. Mother thought that this woman was there to inform my mom about my pregnancy and she was happy about it until the next sight. 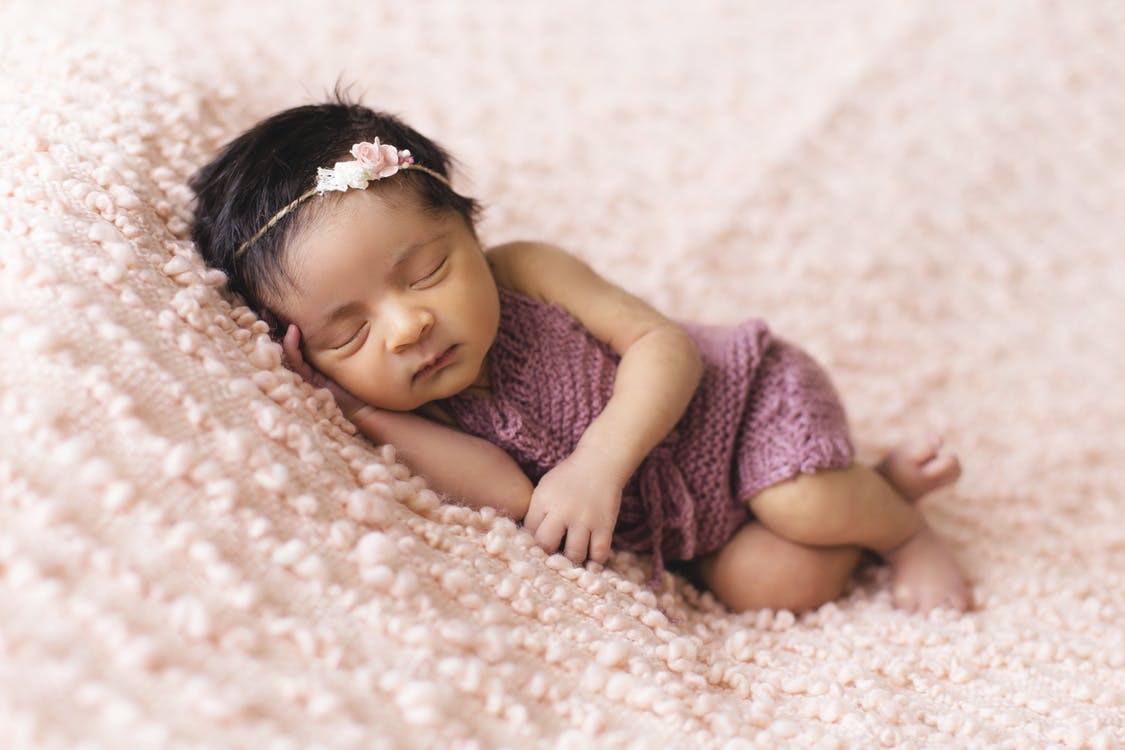 After 3 months, when I visited my mother’s place my mom saw that apparition again. This time the woman was standing behind me in my room. She had a hungry look on her face which scared my mom. But she ignored it as this woman has been the bearer of the good news to my mother. But this time, she saw that woman following me. As she has seen her standing beside my bed while I was asleep. Standing behind me on the balcony and staring at me. Standing next to me in the kitchen when I am near electrical appliances or burning fire. This scared my mother. She sent me back to my in-laws’ place as she thought it will save me from the wrath of that lady.

She didn’t believe that this woman will harm me because she was the one with the child. She gave me another premonition about my pregnancy. But she was wrong. After my coming back to my in-laws, my mother saw that woman again. This time she was angry and her looks scared my mother. But again, mom didn’t see the woman for another month and when she saw her again, it was not good. 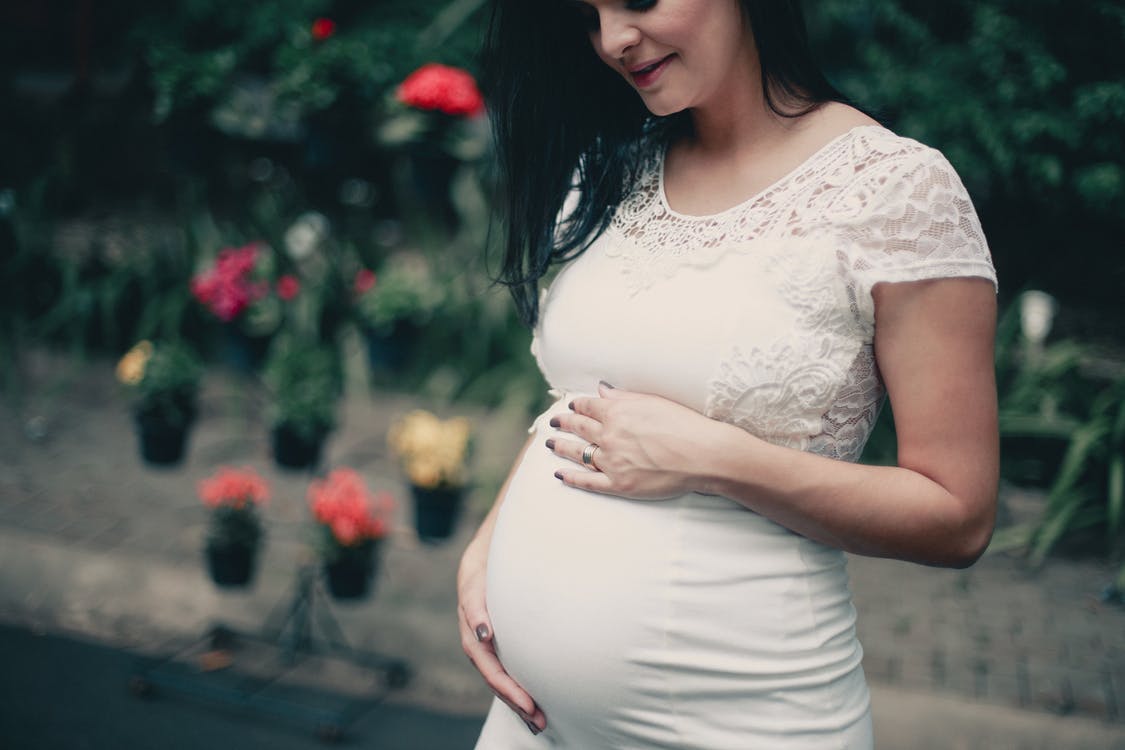 One afternoon, my mother was in the kitchen cooking and she heard a low growl behind her. When she turned back, that same woman was standing behind her with red eyes and a furious face holding an infant in her arms. Once, mother stared at her for few seconds, the woman turned and walked out from the back door to the garden. She went to the water tank and climbed the ladder with the baby. But weirdly enough she did not hold the ladder or anything for support while climbing. It felt as if she is walking stairs not climbing the ladder. Once, she was on top of the tank, she turned back to face my mother. Now her features were distorted. The woman let out a blood-curling high pitched scream and held the infant on top of her head. Then she tossed the infant on the ground like a basketball. Which leads the infant to death.

My mother lost her consciousness after this vision. When she gained her conscience, she was in her bedroom surrounded by family members. She told them what she has seen. But funnily enough, it was my mom, who heard and seen the things, as my aunt was also in the kitchen at that time helping my mom. But she hasn’t heard or seen anything. She has just seen my mother turned from the countertop and looking towards the back door and then staring at the water tank then scream.

At the same time, my mother had the vision, I felt a sharp pain in my stomach. It increased to an unbearable state. I have been taken to hospital. After the checkup, I got to know that I lost my child without any reason. Doctors could not give me any reason for my miscarriage. No one could explain the situation. No one could explain the relationship between that woman and my baby. 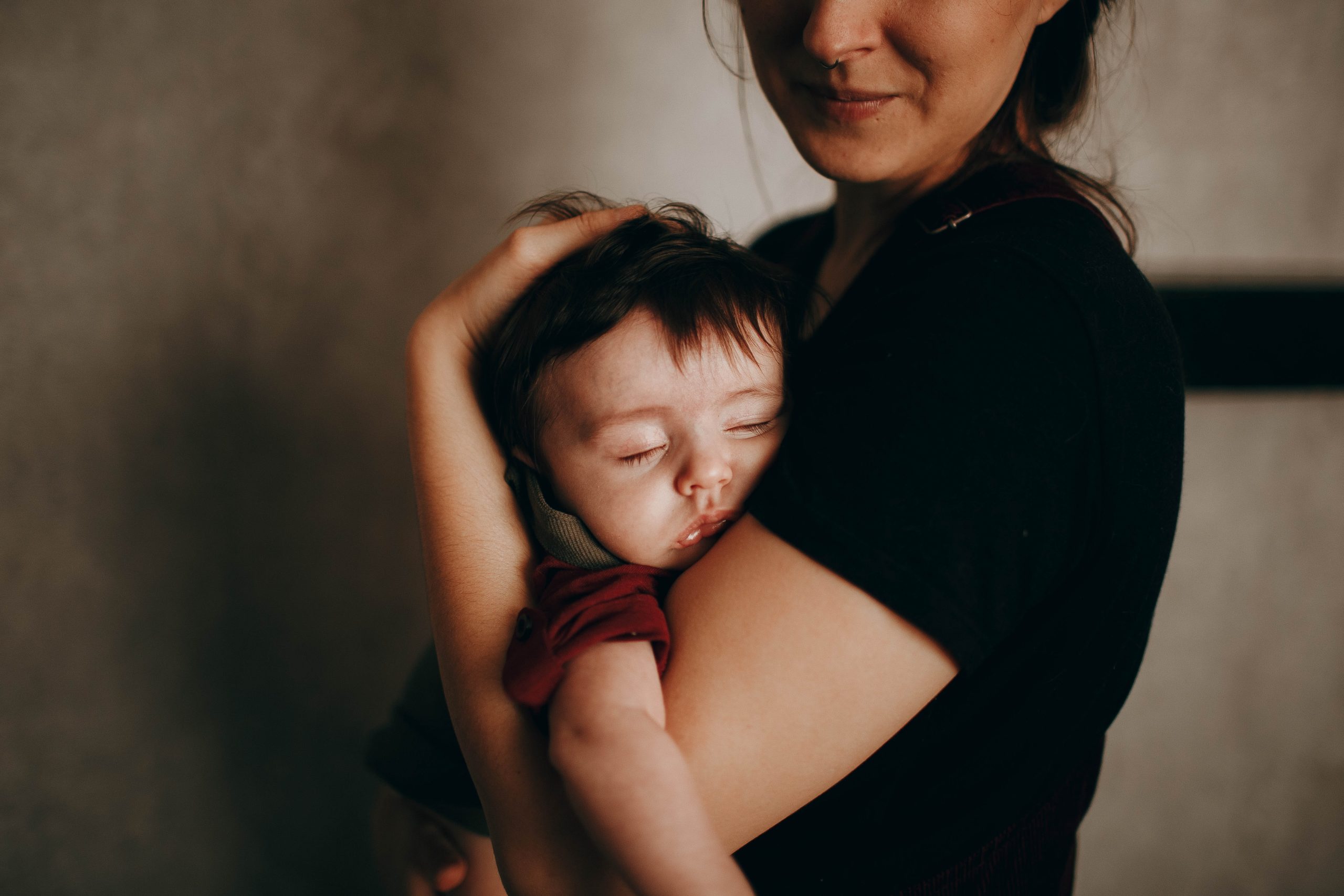 It took me another 4 years to conceive again and deliver a healthy baby. None the less before conceiving this baby, my mother had arranged a ceremony to purify our home. Both the houses. Within these 4 years, I had 3 more miscarriages and before every miscarriage, my mother has seen that woman in different places of our house killing an infant in different ways.

Till today, no one had ever been explained to me about the woman and the pain I have been through.

About the Author: Riya Roy

I am a different girl trying to blend in to this normal world. Been addressed as "abnormally" normal. My ideas and imagination are out of this world but that's my world and I am here to share my world, ideas and views with you all. This is my safe place to show my creativity.