I can love you and still let you go

I can love you and still let you go

“I can love you and still let you go” She heard this line while working. Her daughter is watching a new web series online and one of the characters in this series delivered this line.

She started watching the series from that night. It took her 7 nights to finish watching and that line, that line was from finale episode. The character has dedicated this line to his love interest, who came in his life like a storm and left without telling anything with another storm. Margaret cried while watching it. She did not sleep that night, instead, she cried, standing in her balcony. The cold, gusty wind was hitting her face, her body was shivering. Swirling of leaves and trees were giving her the strength to stand in this extreme situation.

She was traveling back in time, standing in that balcony. She traveled back on that night when she met him the first time. Steve, One of the handsome boys from her high school. He was handsome and charming. One evening. when she was returning home, suddenly the weather changed its face to be something else. It was so sudden that she did not realize what to do. Within that storm, there was a hand holding on to her and pulled her into a shade. That was Steve. Those bright green eyes and blond hair, she can never forget them. 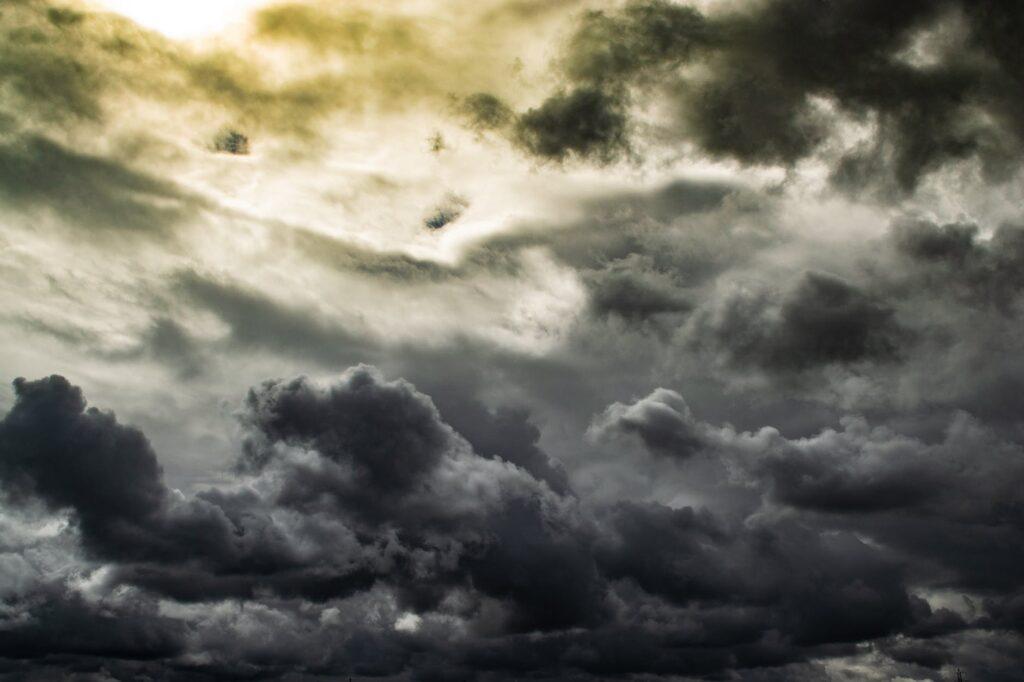 She has seen Steve in her school but never interacted. She never felt the urge to look at those famous boys. She was among the nerds. She was pretty and beautiful, but she never realized it. She wanted to know this world. The mysteries of this world. She wanted to be a geologist. Her focus was only to study and achieve what she wants. Unraveling the mysteries hidden in stones and finding the answers lying within the core of this earth excites her. There were girls, who were jealous of her beauty and guys who wanted her beauty, but she was not ready for it. She never felt the urge to look at anything apart from books.

That night within that cold gusty wind, she was looking at Steve. She has never seen such bright eyes. These eyes were bright and beautiful, just like an emerald. His hair was like liquid gold. In that cold, dark evening he was shining with his smile. He was still holding her hand and staring at the sky. Margaret was staring at him. She has never seen such a creation of God. She never thought that a human can excite her like the way volcanic eruption does. She was amazed. The storm stopped after 2 hours and they left for their own home, but Margaret left a piece of her soul and heart in that place and with Steve.  That storm of 2 hours has changed Margaret.

Next week when Steve said “Hi” to her in school, she smiled at him and looked at him in bright lights. That one smile and “Hi” was enough to confuse and get the school on talks. Slowly they started meeting, hanging around. Steve showed a world to Margaret, which was out of books, which was full of humans, a different life. She also started dreaming about life away from rocks and volcanoes. Steve asked her for the Prom night and she agreed. After getting dressed for him, she realized how beautiful she is. Steve was mesmerized looking at her. He was at her door looking at her, standing with a bouquet. His golden hairs were neatly done. His emerald pupils were diluted looking at Margaret. That was a magical evening. An evening, where Steve told her that he loves her and wants her for the rest of his life. Her blue eyes were shining as if she was waiting to hear it from him. 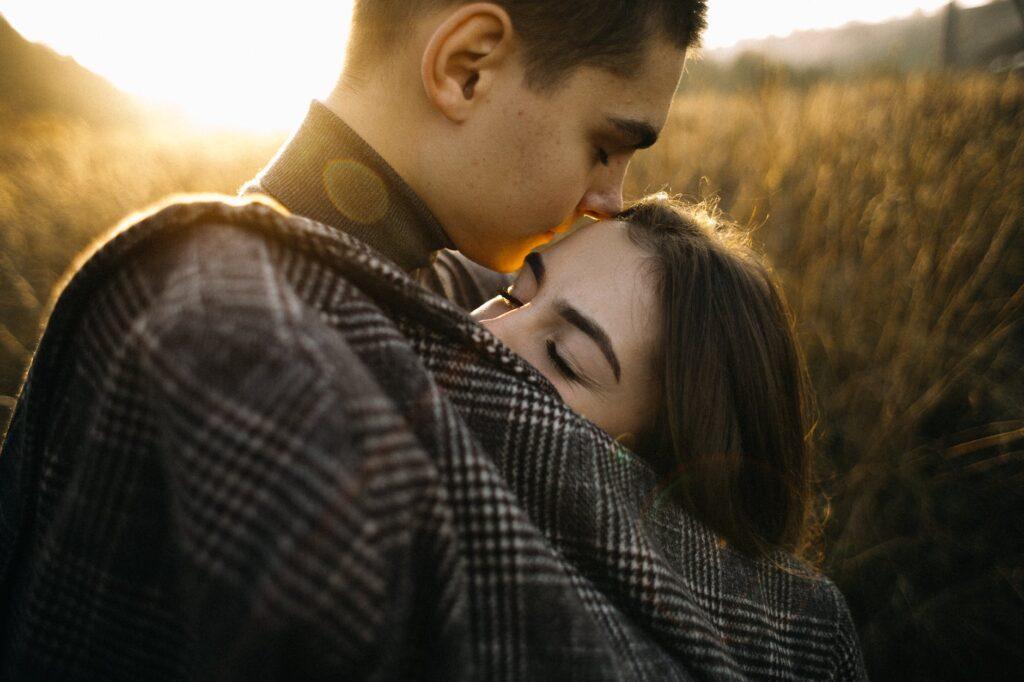 After high school, they choose their way of perusing life, but their heart remains together always. Steve has always supported her dream. He used to be fascinated when Margaret talks about different rocks. He used to be passionate about her passion. He considered himself lucky to have her in his life. Their adorable life was just like a fairytale. A dream life anyone and everyone wants. Steve was the prince and king of this fairytale, who have given Margaret a new world. A world, she could have never imagined without him. Sometimes she feels that she could never express in word the amount of love she has for Steve. Maybe one life is not enough for this love.

When Margaret told Steve that she is pregnant, he was overwhelmed with joy. He cried holding her hands and he asked her to marry him. She said yes. They started planning their new life. Lots of planning. He bought a house, for them. He decorated every inch of that house as his precious life. He wanted to give her all the happiness in this world. He wanted everything to be perfect for that special day. Their wedding was due in a month.

That stormy, windy evening, Margaret was waiting for Steve’s call. He was supposed to meet her. He did not come, neither did he call. She waited, the entire evening, night, and next morning. She got a call next afternoon, only to hear the news which she never wanted to hear. Steve was no more. He met with an accident last evening. He was returning from the jewelers. He was holding her wedding ring. The ring, the bond of their love. But he can never come back now to place that ring in her finger. He has broken all the bonds to this world holding only to one.

She was staring at his golden hair at the funeral. They were shining as usual, like liquid gold. He was looking peaceful. She was staring at his lifeless body, at those closed eyes, hoping them to open. She was hoping to see those emerald eyes to stare and smile at her again. She was hoping this to be a nightmare. She wanted to wake up and see everything as normal, see Steve waiting at her door, waiting to hold on to her again. But he never moved again. He never looked at her again. He came with a windy evening in Margaret’s life and gone with the same.

Margaret had never imagined her life without Steve. Now he is gone. She is alone. She doesn’t know what to do with all the pain and emptiness inside her. How to deal with it? The heaviness in the air, the loneliness around her is sulking her into darkness. This pain is like the hot lava coming out of a volcano. She wanted that rain again, that storm again. She wanted this storm to come back and take her with itself. She doesn’t want this life, this lonely life. The life without Steve.

Days passed, and today Margaret is holding a little bundle of joy, with the golden hair and emerald eyes. Hope. Steve wanted their daughter to be named Hope. She was the hope of Margaret’s life now. Hope was the bond of love, the bond which Steve and she created. A beautiful hope and love. Margaret never married again. She led her life with the rocks and her little Hope.

Today, after 15 years, Hope is in high school. Her beauty mesmerizes everyone. But she stays put. Guess, she is also waiting for her emerald eyes. Maybe a night, an evening will make a difference in her life too. She wants hope to hold onto her love, she wishes her to have everything in her life, which she could not.

Today, standing in the balcony, within that cold, gusty wind, Margaret is looking for that hand again to pull her out of the storm. Maybe, they are waiting for the right time to hold onto her. She turned to look inside the room and saw Hope sleeping. Her baby girl, her hope for life. She turned to the wind and spoke under her breath, “I can love you and still let you go. But I want you to know, that still I love you”

More recipes from the same author:

We use cookies to ensure that we give you the best experience on our website. If you continue to use this site, we will assume that you are happy with it. Ok
%d bloggers like this: