Feminism in the world of Patriarchy!

Home/Heart/Emotions/Feminism in the world of Patriarchy!

Feminism in the world of Patriarchy!

All the relatives were at my place that evening, to discuss nothing but whether my mom should be with my dad or not. I was standing at the door holding her hand. I did not know why she was crying. She was not saying a single word to anyone, but she was crying.

I woke up, shaken and shattered. I was sweating all over.

I took a sip from the bottle that was kept behind the pillow. Tears rolled down my eyes. Every night I would wake up with such nightmares. There are these miserable dreams I get every night which is not really a dream but my memories of childhood.

Yes, my childhood has so many bad memories of my parents fighting which has mostly been a one-sided one and being a woman today I somehow still do not have the courage to fix that. I have seen my dad raising hand on my mother and I have protested few times after I am a grown-up. I have always wondered why my mom has never actually taken any steps till date, but I have no answer.

Being a girl takes a lot of courage to survive in this world of patriarchy. One thing what have always been in mind that why is there an existing term that says male ego and why there is no such term stating female ego?

I was a part of the team in office where I worked really hard for my recognition. But there are times when I failed. I knew I would cope up with it, but what shaken me the most was the comments from my managers. When I performed bad, the blame was on me, and I accepted it. But when other 3 guys from the same team performed bad, I was the one to be blamed. I was told that I am the one who distracts them. I am the reason they fail. When I started performing well and felt like I will get a growth in the organization, people said that I have definitely slept with the managers.

Why does this always happen that when a woman grows it relates to her vagina? Does that hold my honor, my capability?

There was one night when I was in my office and some “Men” from the neighborhood attacked my house thinking I am there. When they were asked the reason for doing that they had no shame stating that they could do anything with me cause I wear short clothes, come back home late night and drink and smoke! Shockingly, I was the one asked to leave the society and not them.

My smoking and drinking habit, working late night and wearing short clothes, lower down the dignity of the society. That was what I was told. When I tried seeking help from my owner who seems to be one working from USA (happens to be a first world country), blamed me back for the same.

I think in our country it all started from these religious books where a woman was asked to prove her holiness by entering the fire, it all started with a religious book where it was absolutely okay to share your wife with your brothers. I will not say that those books did not have any good content in them, well, apparently, all those fight in those books happened in terms of protecting the woman’s dignity. Is not it funny? Why did the woman had to prove her holiness? Just to save the reputation of her husband who appears to be the king? And the funniest part is we actually worship them, we worship the God who is known for stealing the cloths of the women while they bathe, who is known for flirting around with another woman!

Well, honestly, I would not have had any issue, if and only if we would have had worshiped a Goddess who has done the same!

We talk about equality, but in this fucking world full of patriarchy, it is nowhere. 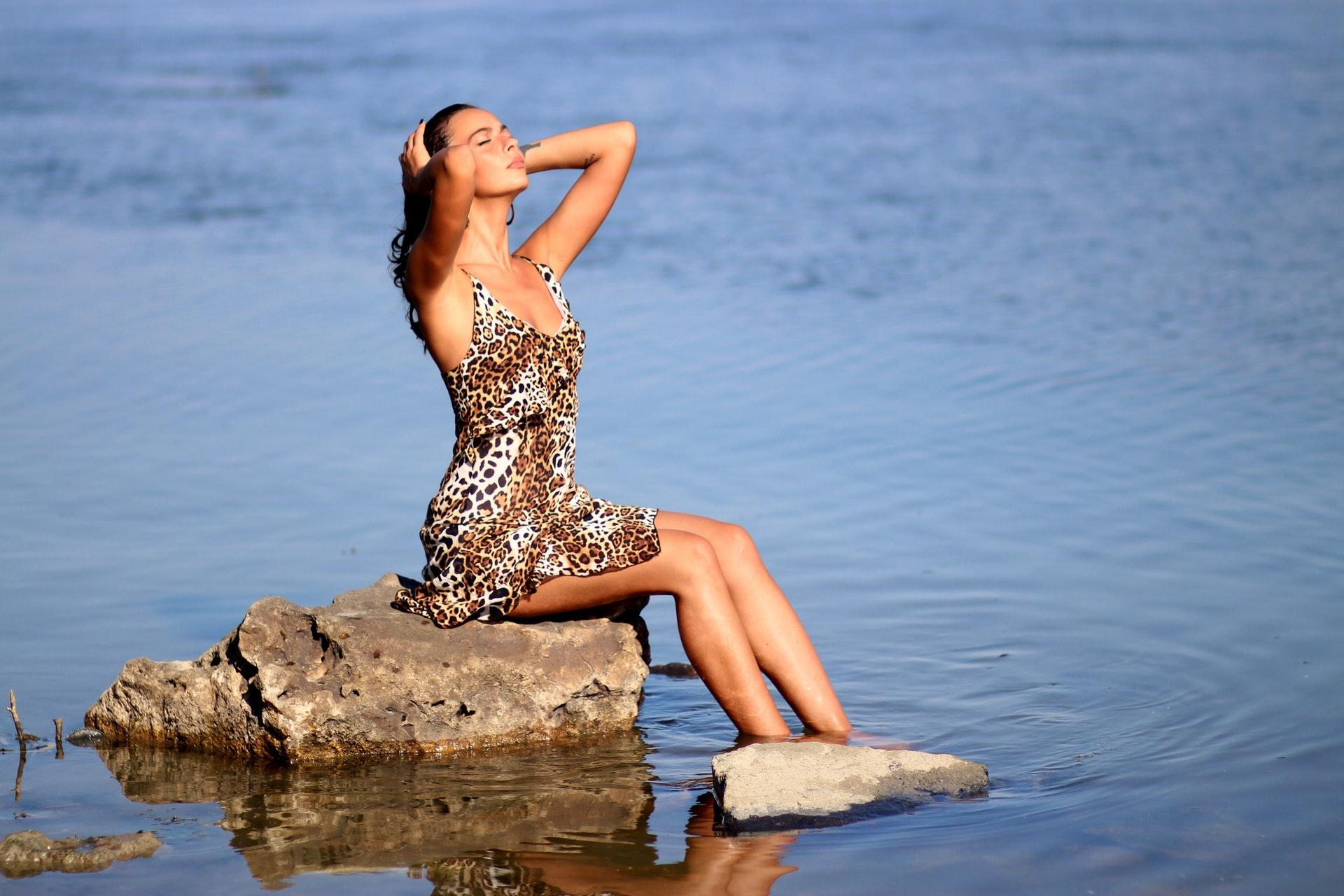 I was discussing this with a friend of mine and he happens to be a “HE”. I would not disagree with what he said but would not really agree to all of it. He thinks that the law in this country happens to be in favor of the women, the benefits of doubts happens to be “MATRIARCHY”. Well, the disagreement comes with the facts that most of the cases is not ever reported in this country, then how the fuck and where the fuck the benefits come from? It takes 7 years of fight for a mother to get justice whose daughter was raped, and she died in hospital. Yes, it took 7 freaking years for the court to pass the judgement of hanging those rapists who were not at all ashamed of raping and killing a girl. Worst part is they had a lawyer by their side who again happens to be a so called “MAN” and he actually had the guts to say that they were kids and it was just a mistake!

Most of the cases of domestic violence on women and children done by the “Man of the Society” are not even reported. So many cases of rapes and acid attacks goes nowhere. There are scenarios when even though it reaches the police station, those dickheads blackmail the victim and does not take an official report. The keeper of the law becomes the one violating the law.

Where most of these things are not even reported by the “LAW” who the fuck is actually going to give the so-called benefit?

We live in a society where it is absolutely okay to have sex with your wife without her consent and that is not even reported as rape! No! A marriage stamp gives these men the official license to RAPE their wives.

A woman is always considered as a weaker one in the society. When it comes to some hard work, that needs lot of mental stress, it is given to a man stating that the woman has a lot to look after like her kid and house. Seriously? Does a man not have the equal responsibility back at home? Is it some kind of officially certified statement that it is only the woman in the house to take up all the responsibility back at home?

Well, if a woman is married, she has a lot to look after, if she is divorced, she is considered to be a messy one who cannot even keep a hold of her husband, so obviously she will not be able to hold and deal the big client. If she is single after a certain age, she has health issue and too stressed to work on big projects?

Shockingly, this pandemic of COVID-19 not only has increased the number of deaths in the world but also the number of domestic violence, cause these so-called men cannot control their hormone, their mouth, their anger and last but not the least, their DICK! But the shocking fact is this pandemic is attacking and killing more the men than the women. So, with your ego in the dick, please think, who is weaker? 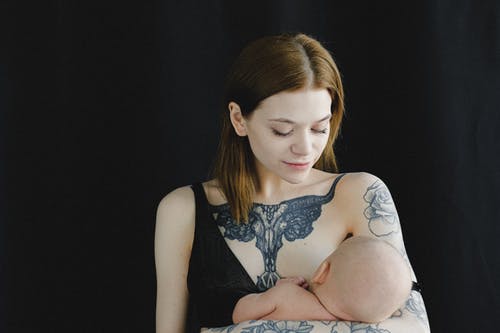 Some people even question me that why do we woman think that we are doing a favor by doing sex with the man. Well, by the time we are not even half turned on, you have already jerked it off, maybe twice! 5 strokes and boom! You are done. So again, we have to fake our orgasm just to ensure that it does not hurt your so-called male ego thinking that you are impotent. Pretty sad!

When we try to talk about these things, we get the tag of whore, or “SO-CALLED_FEMINIST”. Most of the “MEN” are not ready to have such woman in their lives, the woman, who can speak on behalf of herself, the independent and the one who is not afraid of kicking those balls. There are men who might idealize such woman as example to their daughter but still they will not be able to handle one in their life! Accepting such woman who are not afraid of a man, is a tough job which need real balls!

Just like without your father’s sperm you cannot actually be born, the same way without your mother’s womb you would have been deformed. It takes the woman chromosome to decide if you are gonna be the so-called man or not. So, trust me, without us, you are not even a man!

So, I need to know, as a woman, what makes you “#men” think that you are superior than us, stronger than us? Is it just the tag “Man”? Or the ongoing patriarchy of this so called society? I need an answer!