If I’m not wrong, it was a sunny day in August when I went to my ancestral house in the district of Burdwan. Generally, we travel by train and I always prefer to take the window-seat. Inhaling the dust of the city at every gulp of air, the scenic beauty in the suburbs seemed like a solace. I was searching for something about a hundred miles yonder and couldn’t figure it out what! Being recluse in a bright air, closing eyes and having an empty orb will always bring your inner trouble out in the table of your witness, moreover, it will make you meet the anxiety that you might be hiding in the fear of being the victim of the incoherently relevant brunt.

I have always chosen to shun pondering on an issue that would have any chance to make a twinge in my soul but it doesn’t mean that I can evade so from myself. Since I’ve hit puberty, my mental fixity has been roasted and mourned hundreds of times and you can call me ill-fated enough that whenever I prepare myself to pour all the selfless emotions on somebody, they have left my all pieces broken behind or if they somewhat stay, I have witnessed them changing themselves from heaven to hell. 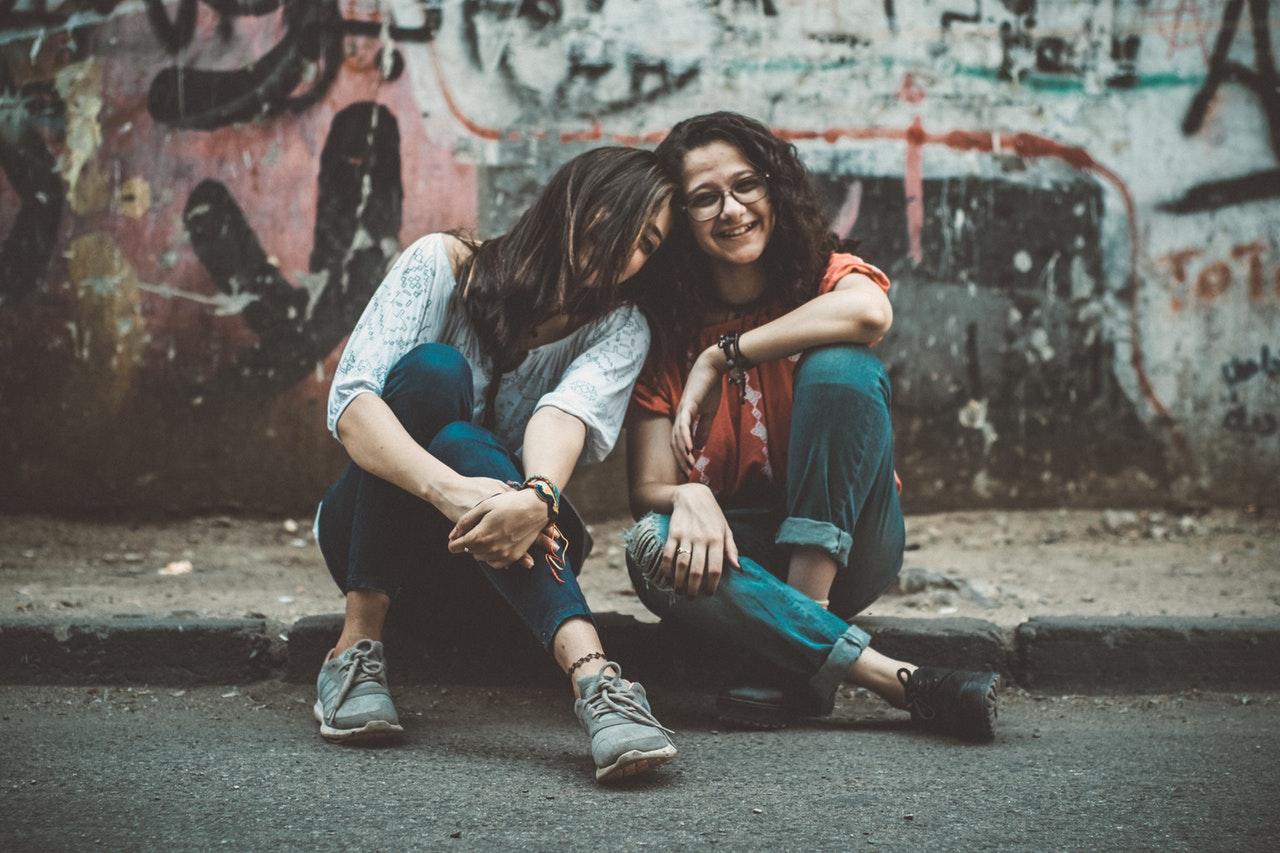 Isn’t it pretty hard to allow my mind to accept all the massive differences over and over in the circumstances we’re living? Nevertheless, I have tried my best and acknowledged to all the variations as I understood the fact in my adolescence that shit happens and we all need to make effort to hug that with an excellent simper on the face. This is the only way to win the battle.

Never I had got a bed of roses and had been brought up facing the difficulties of life and my innate became stronger from my very childhood but a little girl who even a couple of years ago only knew about dolls and cartoon characters and had hardly any idea if aches are there, now only glues up to the pages of books and doesn’t care who gifts her what! (She’s seven years younger than I and I have been seeing her since birth)

It would have been a sort of coolest day if the thunder wouldn’t have stroked on her two years back. Her changes shattered my psyche in a number of segments that I would ever be a sheer knock down! It was happened to be the last time.

Let me be very open about the journey of a little girl who once passed her years in the veil of affections and innocence was somewhat constrained to go down with all her allure and fancies. 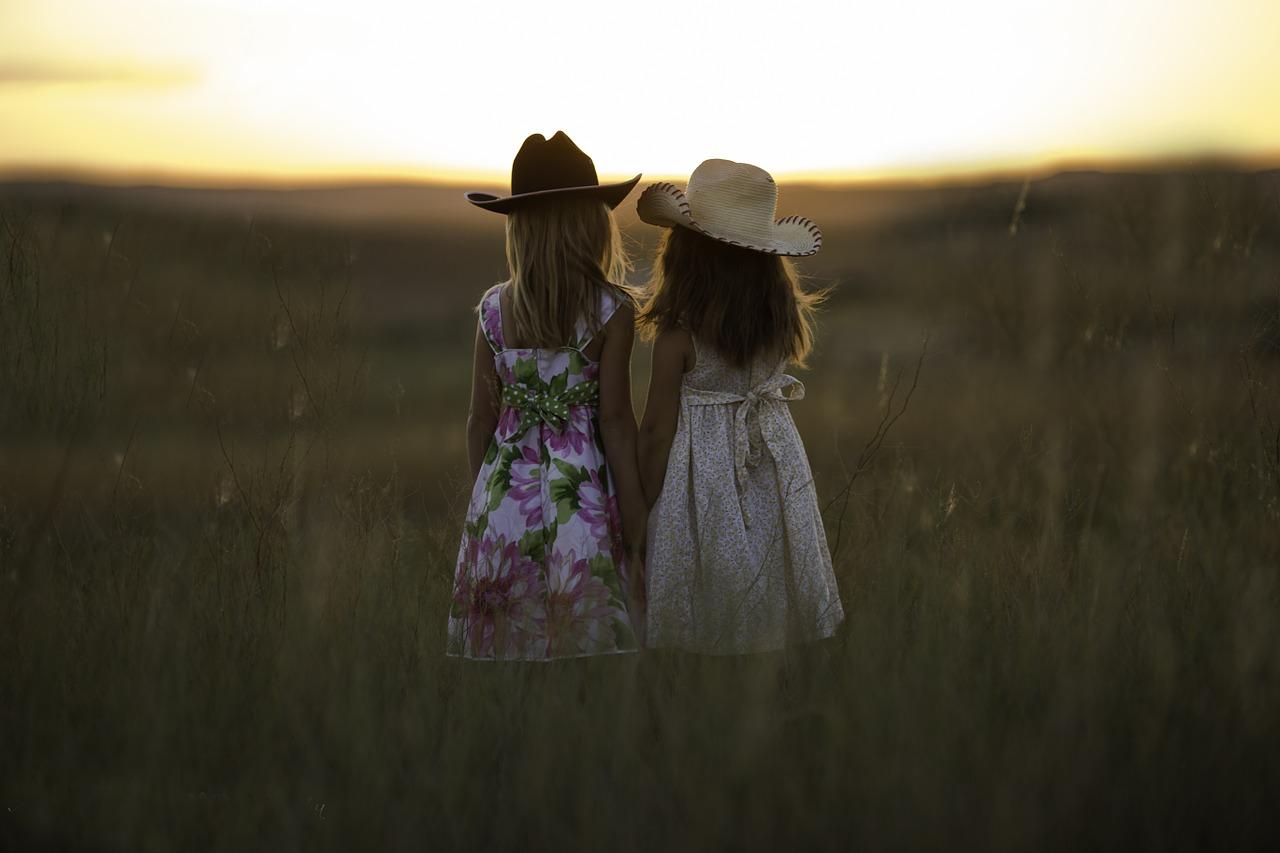 Poorva (Name changed) was born in 2002 in the month of July and she was privileged not because her parents are well-off but she had a sibling who was four years elder to her. Both were poles apart from each other. If one liked to buy watches a lot, the other one would spend the whole day to ransack a shop of soft toys. As I don’t have siblings, I would hardly imagine and feel as well the tight bond between them inwardly. But my mom says that siblings are one of those rare bonds where you can kill each other but simultaneously can throw a poisonous arrow to the people who try to let one of them down. So, apparently, I never saw them loving each other but I once experienced the truth when it was a fever day for the younger sibling.

Their adorable tumultuous life had no obstacles. Poorva wasn’t a brilliant one to come up with a result of securing the first position in the class whereas Prantika (Name Changed) only used to dream of how to reach the pinnacle and I believe that this obstinacy turned their life into a hell!

3rd March 2017 was the last day when Poorva nagged for a Barbie. Her little heart was devastated terribly when she found her partner-in-crime attempted suicide. Aren’t you wondering for the reason? It was just because her higher secondary was at the brink and she couldn’t take the load. So she thought about herself only and did so! Though I still hover around the cause. Being ambitious is all okay but being rigid for it may harm not only the aspirant but his family might be left behind crushed down. That same happened with us and that pretty tiny heart that only knew how to annoy the elders became a mature one overnight. I had witnessed her! 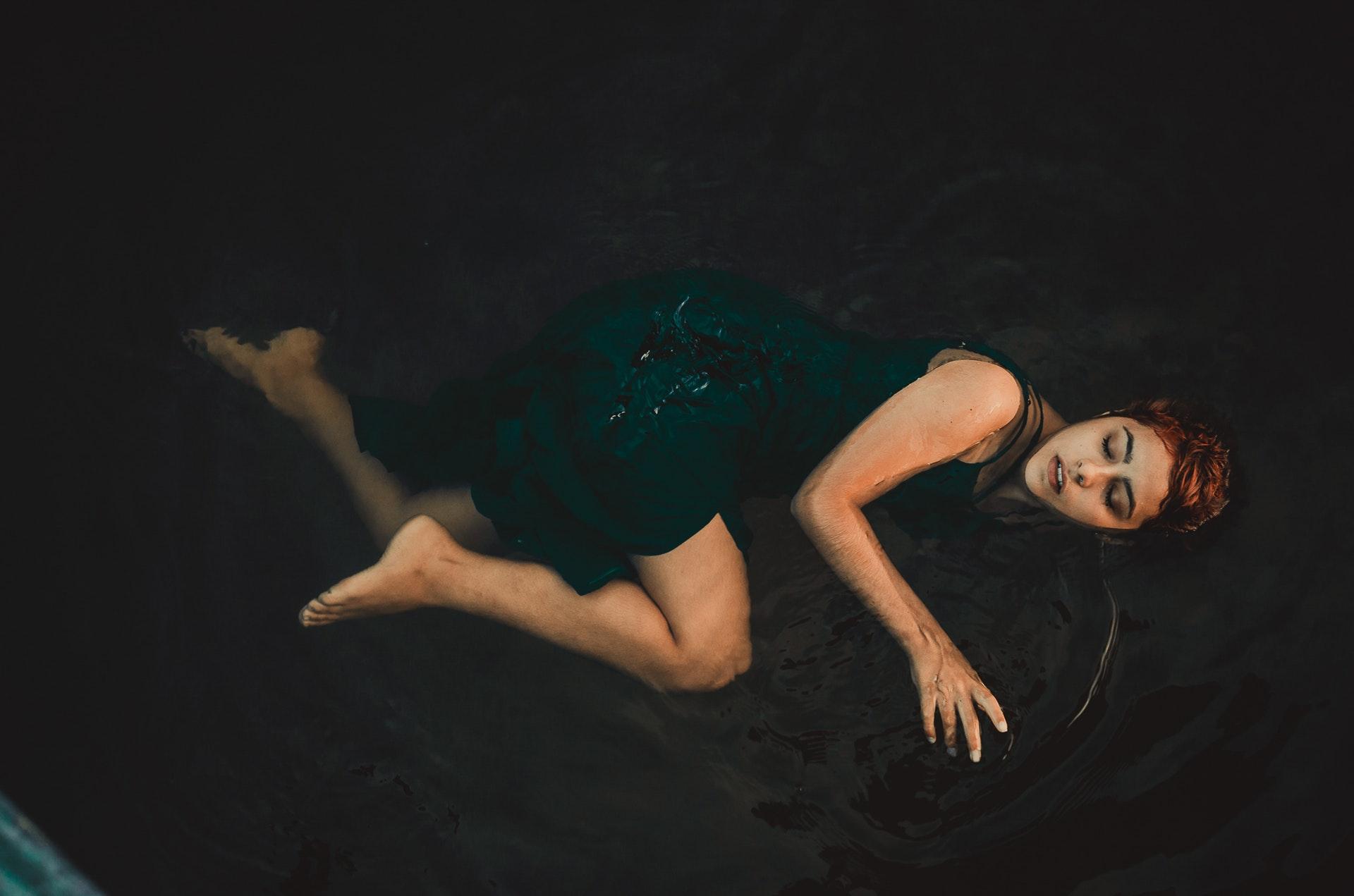 The world talked about Prantika, they shouted for her sufferings, they wiped their tears off to show compassion and empathy. But I dreadfully realized poignant angst of Poorva who couldn’t utter a single word for the next couple of weeks. She seemed like a sturdy rock, she didn’t cry, she consoled all, she patted me saying, “Everything will be fine soon! Just don’t break down”. Her face was pale and bleak and the eyes were leaden with woe yet her chivalry had been injecting vigor into my veins and arteries.

Nobody had time to think of her. None let a bit of power of them to her to keep her stand! She took off her own and stroked me, “Few people would be there who might lend a hand to you to provide a wave of support. Never keep expectations, please. Now do smile”.

I was astonished, flabbergasted and wondered that I really missed the stair to see her growing up! I saw her reassuring her parents who became eccentric after the incident said, “I’m still here to make your dreams true”. I never knew that my miniature sister would become so full-fledged that she would start to protect my knockdowns eventually.

A sole reason that distorted our life circle and that made us similar to a deadpan but the positive vibe that Poorva conveyed us helped a lot to keep us grounded and real. I was concerned about her once to take her out of the trauma she had been through. Moreover, she did so with all of us. She had become my elder sister. An ordeal can turn all the emotions and childishness around as she made herself.

I miss my baby Poorva a lot but life plays another game. We’re all the bishops of it. The step of Prantika might make her happy but is she really contented to see us living our days unperturbed?
Poorva heedlessly stated me one day, “Fuldi,(That’s what she calls me) none came to ask me how I am feeling; none bothered what strain I have been through. Do you truly feel that I have forgotten her? She was my life like you’re. Losing her seemed that I am forced to donate my two kidneys or maybe more painful than it! I am shattered to let all the happiness go down in a gutter and fearing that it would never come back. How will I survive? How am I supposed to make everyone happy like before again? But I don’t know why it makes me feel that I’m not important. Prantika didi (elder sister) thought about herself! She was selfish. SHE WAS VERY SELFISH. VERY VERY MUCH… Maa is still crying. Tell Prantika didi to come back, please! She will listen to you. She loved you” 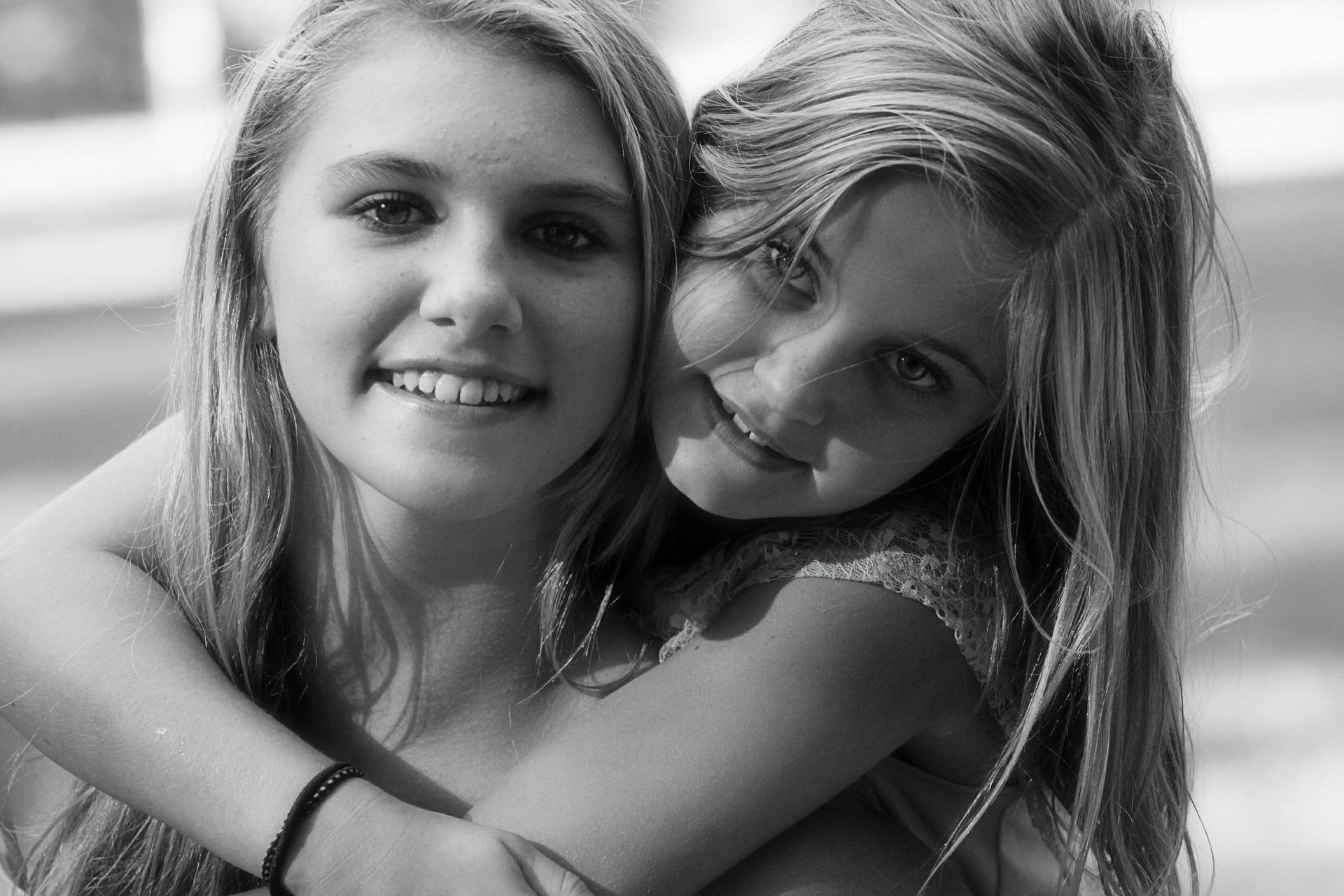 I saw her being sprung up with a dollop of heartaches! I could not speak anymore. I was relentlessly crying. We both howled a hell lot that night and screamed holding the bedsheet with unvoiced agony looking at the sky asking, “Why did you do so Prantika? Why did you leave us broken as fuck that no doctor in the world would heal us? We even never left you being upset! Then why did you?” 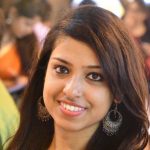