Tale of a Traitor

Tale of a Traitor

This is a work of fiction. Names, characters, businesses, places, events and incidents are either the products of the author’s imagination or used in a fictitious manner. Any resemblance to actual persons, living or dead, or actual events is purely coincidental.

For most of my life, I thought I have a best friend who will always be there whenever I need her, little did I know that after few years when we will be out of touch and she would make utmost use of that to hurt me on my back when we were not even on talking terms.

An experience that has taught me a lot of things- bitter truth about friendship and to whom we confide with our secrets.

Before I start, here are the characters and their name from my excerpt

We were good friends in school and in college we were two inseparable souls. We used to do everything together, bunking classes, cat-calling guys and mimicking our teachers and we enjoyed that.

Three years of college life went smooth, then we graduated and moved to different cities. During our college days, I was involved with Akshat, he was my then-boyfriend whom I dated nearly 2.5 years. Sanvi knew everything that was going on in our relationship and most of it was influenced by her e.g. like what to say, what to wear, where to go for a date. Even when I and Akshat broke up I never really got to figure out the reason for the silent separation.

During our final terms he suddenly stopped talking, I went crazy over him bailing out on me but still I respected his decision even though I wanted to know why he broke up and why he never bothered to call me back.

It’s been 4 years now since that incident and I couldn’t care less to dig up my past. I was happy with my current fiancée Ahmar until my so-called college best friend turned up. And that too a Facebook post where she was flaunting her Engagement ring and guess who she was going to marry? My college boyfriend Akshat, whom she used to consider her good friend in those days as I was dating him.

I was shocked and angry at the same time. I didn’t know what to say, if there was a dislike button on Facebook, I would’ve chosen that.

Several thoughts ran through my mind “what went wrong, was she the reason for my break up, did Sanvi know that this was going to happen and why the hell she would marry someone I loved, and she didn’t even tell that she was interested in Akshat in some way that I could’ve understood.”

Beginning of My adventure:

A name popped up from my computer screen corner, it was another of my common friend Nidha, who is sharing the news which I already know. Engagement news of my ex-best friend and ex-boyfriend. She seemed excited to have shared the news, but I wasn’t.

It’s true that I didn’t madly love Akshat but the fact that he disappeared on me, without giving me a reason which I deserved to know has troubled me for nights. And the person (Sanvi) with whom I have shared every good and bad thing about my relationship is now engaged to him, when and how is all I wanted to know.

I traveled to my hometown, took off from office for 2 weeks and lied to my current fiancée about some random things which came up at home and I will be away; All nonsense for this stupid reason for stalking my two exes. It seemed desperate and I was guilty of having lied to my future husband; but does that matter? I say NO, as we humans can go to any limit for quenching the thirst of our curiosity and especially when it involves my ex-boyfriend.

I went to visit Nidha first, met her at a library and she said she didn’t have a clue till the last minute that they both were involved and had decided to get married until she received the engagement invite. This made my doubt stronger that something didn’t seem correct. Nidha was always in touch with both Sanvi and Akshat and never saw them together after college finished neither anywhere on social media.

Sanvi was very fond of sharing her life on social media while I was not, I liked to keep things private. She was so desperate for attention that she would always announce her short-lived relations on Facebook and after months would declare herself “Happily Single, In search of love” bla, bla. And this has led up to her engagement and a girl like her- How come she didn’t choose to post this on Facebook? Their meeting, their romance, their dates, etc.

I stayed low at my house for two days, constantly thinking of a way to reach to Akshat so that I could find out more. And I guess God did answer my prayers, I happened to bounce into him outside of our city’s shopping complex; that was one of the major spots where we used to hang out the most or go to coffee dates during our college days. 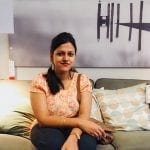 I am driven by my imagination to take me places I have never been to. So I try to explore the unexplored parts of my thoughts to produce something which can relate to the common people like me who are introverts and face emotional challenges to communicate. I find solace in writing, that’s the only way I can be who I really wanna be without getting judged.