Take me to Kashmir

Take me to Kashmir

She’s a confectionery with the perfect blend of sweet and tangy, a combo of sass and class giving u the aroma of freshly baked vanilla raspberry cake and the romanticism of a couple atop the Eiffel in Paris,
The freshness of which I could never let go off,
My kind of weird in the crowd,
Who made my heart thump loud..
Who took me to places,
With mere strokes of pen,
Hidden among billions,
My only irreplaceable gem..

One eventful day,
When she was wrapped up in all kinds of imagination, she sent me this picture of us sitting on rocks by the river with a code written on it which goes- 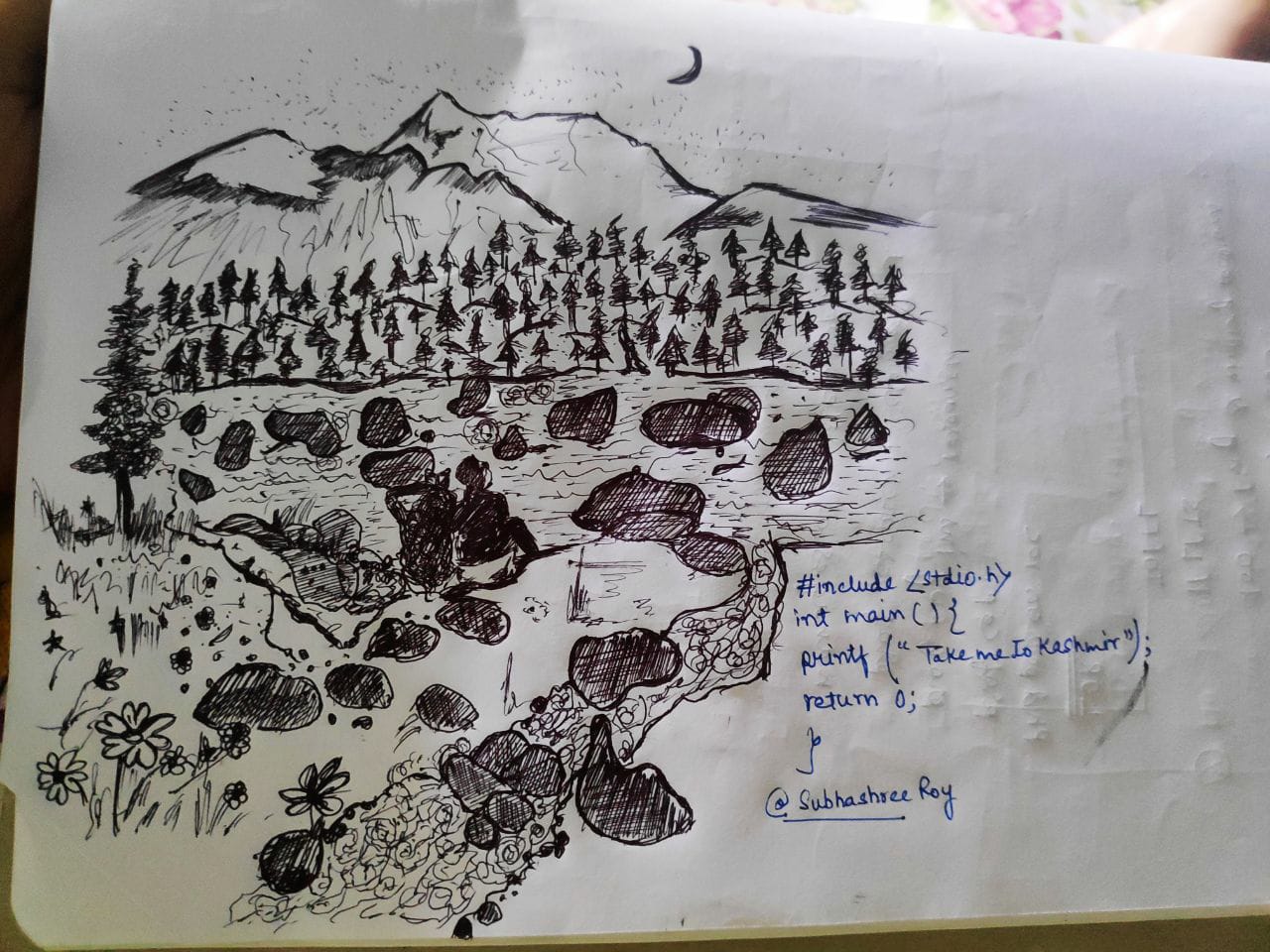 I couldn’t help myself but smile,
Falling more in love with her unique style,
I made my mind to give it a go,
Thus, a fantasy in the head took its birth,
To travel together to Kashmir the paradise on earth.

2 years later, here I am..
We are sitting by a creak,
My arms wrapped around her as we are sipping tea..
The view is breathtaking,
Calm and serene, yet turbulent and wild..
The aqoeous emerald green gracefully cleared its way through the mountains,
Breathing life in silence as it creates ripples of life hitting against stubborn rocks..
The waterfall creating soothing incessant melancholy at a distance,
The fishes swam in their merry way as the early morning sun shone on pebbles like glitters of gold..
The birds chirped in harmony as the sun pierced its ray through the brooding mountains and the flawless sky of white and blue turning it red,
The snow on its peaks, atop the firs and pines covered in angel white..
Shying away from the red burn, they laid still,
Some fallen crystals glowing like a ruby while others had a glow of pearls in this expanse of cream.
All of this is creating an unfathomable stir..
Yet most of me lay fixated on her…
The prettiest girl on the planet..
A contagious smile with two canines bent a bit back the jerry teeth glowing, the lips glistening, eyes half closed behind the lenses that’s gasping the beauty of this place… 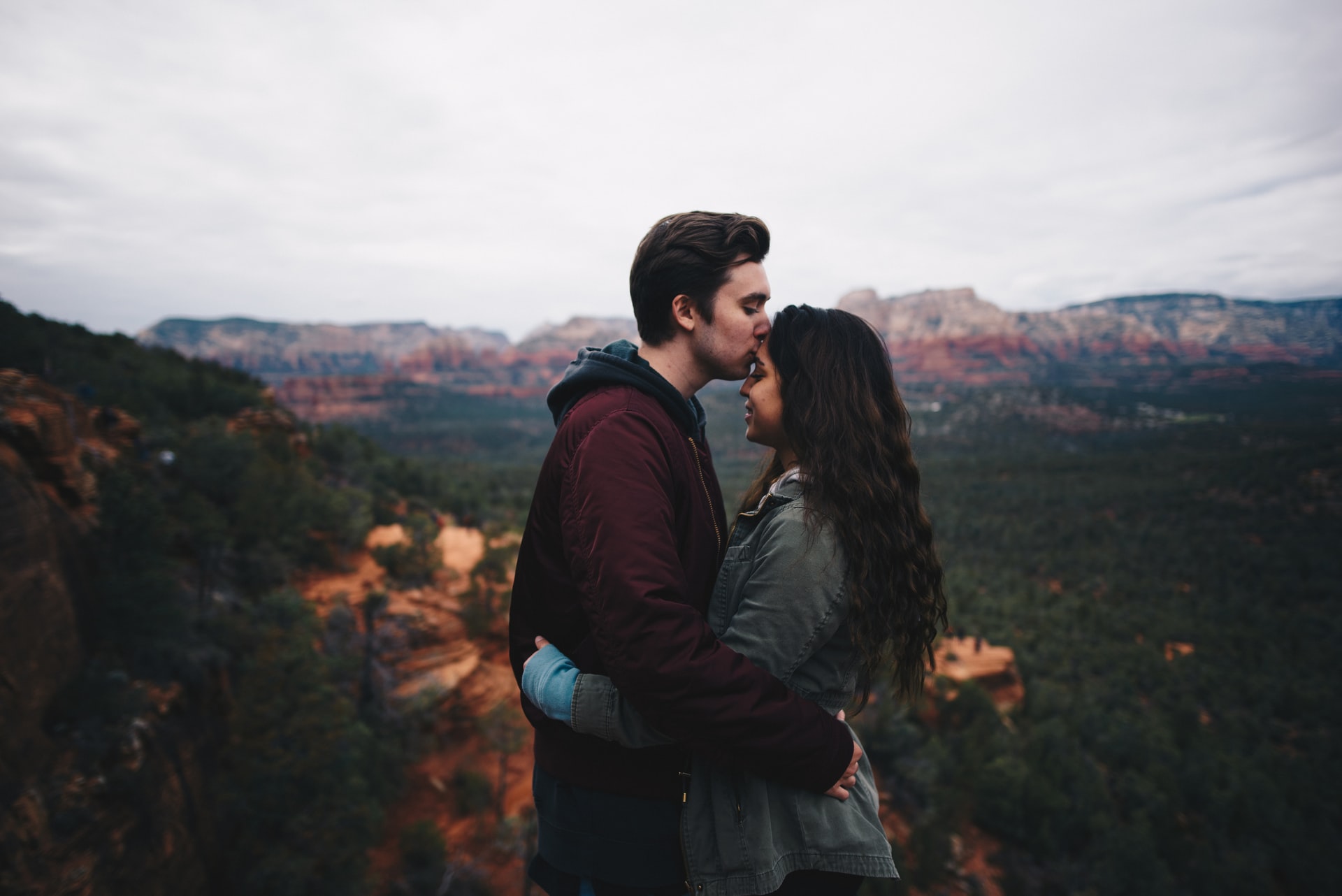 Her face had a pinkish hue in this serenity of white and green, the echo of her laughter raining love as the calming breeze plays over us..
Her fragrance etched inside my soul,
I held her hand and kissed it..
I realised I love this girl so much..
I tucked her hairs behind her ear that kept falling over her specs as she giggled,
I wondered how it all started with just a Hey!!!
To love her everyday was all I could pray…
I want to marry her and stay..
Writing letters tying them in balloons to reach her way…

About the Author: Atish Majee

An old soul lost in 21st century. I share parts of me in everything I write. A daydreamer with soulful imagination, a keen observer, my eyes always searches for the emotion behind each action.