Hello friends, let’s put a hold on the story of my marriage.

I came across a quarreling couple today, they were arguing while I overheard them (had no option).  That moment it struck in my mind, do opposite always attract? They both were correct from their own stands, but coming to that mutual point is not possible most of the time without a minor compromise, right?

Hello friends, I am back after a break, and welcome to this blog.

We all must have heard about this relationship mantra: Opposites attract.

And in my life, which is not that big, fancy, goal oriented, but an observant one, the greatest observation I had, Opposites do attract, but don’t last.

Surely there are so many exceptions but let’s break down why I feel this, and what those exceptional couples are doing.

Example scenario: Boy of Bangalore, falls in love with a girl of (say) Lucknow. Girl is now in Bangalore for job, and there they met.

Surely, they are the perfect couple and no one can see anything wrong in that couple. Now, in a year mutual differences became prominent, boy feels he is being too much asked for commitment, his personal space is too much being taken over by some motherly care. While the girl feels, this guy is afraid of commitment. Too much career focused, not bothered about me, my family, and my responsibilities. Why it’s so easy for him to sleep and so hard for him to commit.

Now let us break the phases they went through and why this happened.

< The first thing, they grew up in two different back grounds, one has seen her mom being a house wife busy to make a house, a home. Her father being engaged in a business rarely found time for family. She knows family values, the ethics and hospitality we Indians inherit, and suddenly turned out to be a perfect wife material.

While the guy, has seen his father struggling with jobs, mom being busy with her own circle, argue at home, house party being so common along with loud music.

So, when they fall in love, the guy was in need for that missing love and care which he never got from his family. A place to vent out, a silent listener. While for the girl, that’s a new world, so colorful, so fun loving that she got dragged into that world holding his hands.

They both fulfilled each other’s needs, and then, when their own back grounds, and up bringing dawned, they suddenly found each other being so incompatible.

So, here I feel, opposites do attract but the decision to live together forever will actually spoil two individual lives and their own morals.

Let’s move to another story: Here the guy and girl both are working. Coming from city life, you may consider Bangalore, Pune, Mumbai anywhere.

They met, and slowly fall for each other. One year of steady relationship, and then their differences led to sad consequences.

The guy was thinking the girl is fearless, does not get dominated by anything, has an opinion for everything, booze a lot, party a lot, bought a scooty and went for a drive to Nandi Hills without even asking for his permission.

The girl was thinking the guy suddenly started to behave like his father and does not care about her freedom. While he is bothered that she continues to work, but finance management should be done by him, he should always be involved in every circle she meets and greets.

So, here I feel, opposites do attract but comes with a factor > Compromise

Neither of them compromised and the guy was not ready to handle modern day girls.

No one’s fault is there, they both had different expectations from each other, and no one came to a mutual point of understanding, which I know is not possible all the times

There are many, many, many other examples, while each break up story is different, and each story has two sides, the one from the girl the other from the boy.

I just took two examples, to point out opposites do not long last even if they attract.

It becomes very tough to lead a life with differences of opinions when the difference is like north and south poles.

Also, if you ask why there are some couples who are together in-spite of their differences?

The answer is that they know their difference so well that have become used with that. They know, in which situation which partner needs to sacrifice/ compromise. Not everybody is ready for that.

Also, I would like to highlight, there are still many, out there, putting up a fake smile even if they are un-happy. That one, has now become permanent.

I personally feel, we should avoid getting into a relationship where both the parties are that different. You both may love the same movie, same ice cream flavor, many things in common, which may lead to lack of excitement, but trust me, peace will prevail rather than cat fights due to differences.

I am signing off for the time. To all, best wishes. 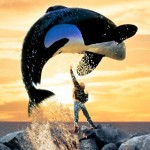