“Do you want to hear a story?”– My mother asked me as I used to love listening to stories before I go to sleep.

“Okay, So once upon a time a prince was living in a big castle…” and the story goes on.
I paused while imitating my mother’s words. The nostalgia of my childhood left a wistful smile on my face.

“The days were so good when mom was here.”– I said to Jake with a nostalgic smile and he kissed my forehead. Assuring me, that he is there to hold me and protect me like he always did. Jake – the only one I have is my family and who is my entire world.

“This is why you still listen to stories from me every night?”- He asked with his charming smile.
God, I love him so much! His blue eyes, golden-brown hair, and this smile – what did I do to deserve this angel? – I thought. 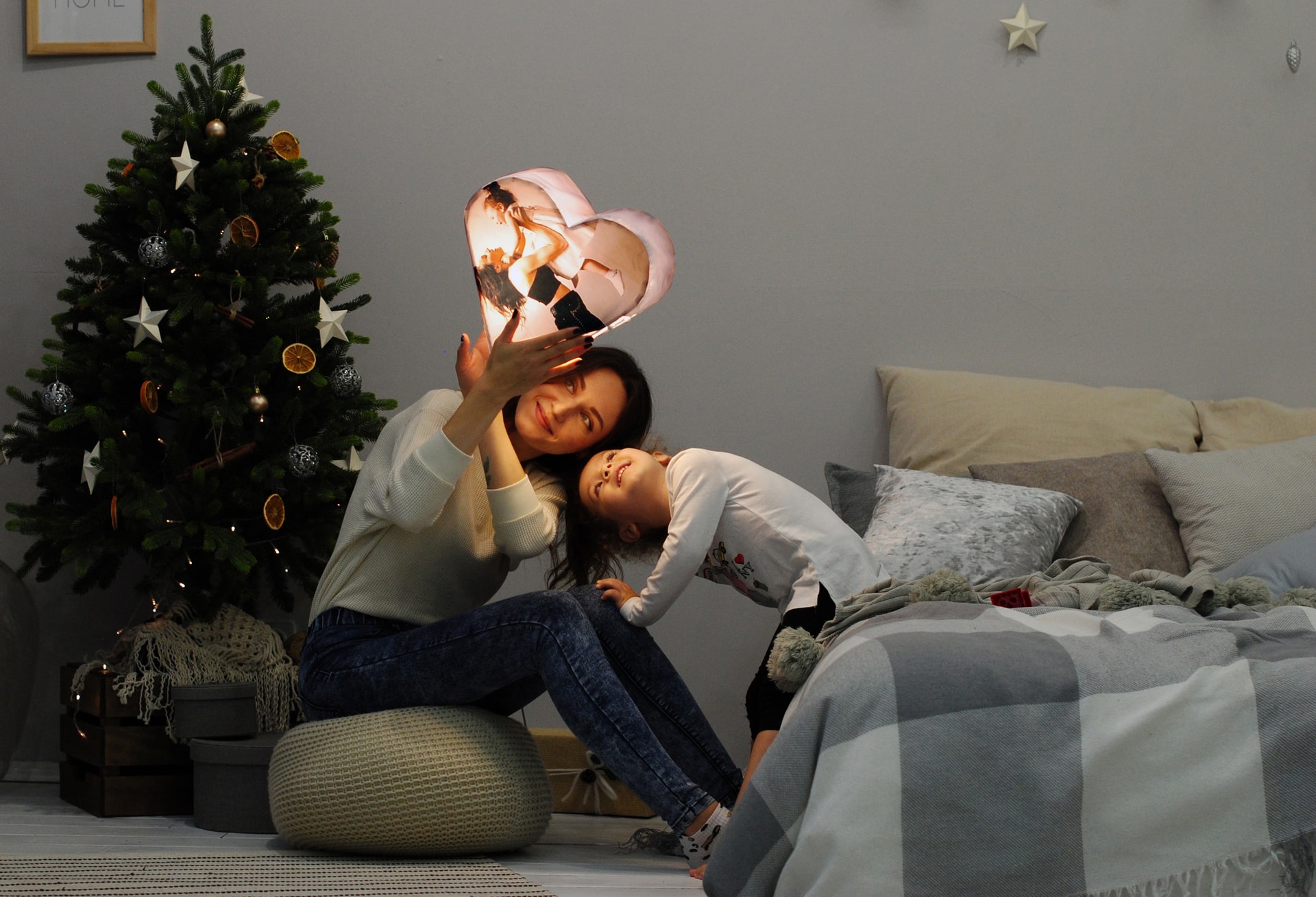 “Yes. I love listening to stories. A little world of thoughts which we can paint the way we want.”- I smiled.

“Hey, do you want to hear one today?”- I asked him enthusiastically.

“Of course. But only if you pour me a drink.”- He gave me a mischievous smile we have decided that he should not drink and he agreed but of course – sometimes he misses it. I nodded in yes for a change and We walked toward our living room while I started telling him the story.

“So, once upon a time. There was a man in new york city who used to hunt women.”- I said while walking toward his bar. He sat on the couch and said: “Typical New York, isn’t it?”

“Yeah, maybe. He was charming, witty, tall, and handsome. He has everything for which he was irresistible for any woman.”- I poured the whiskey on his glass and took a beer for myself. 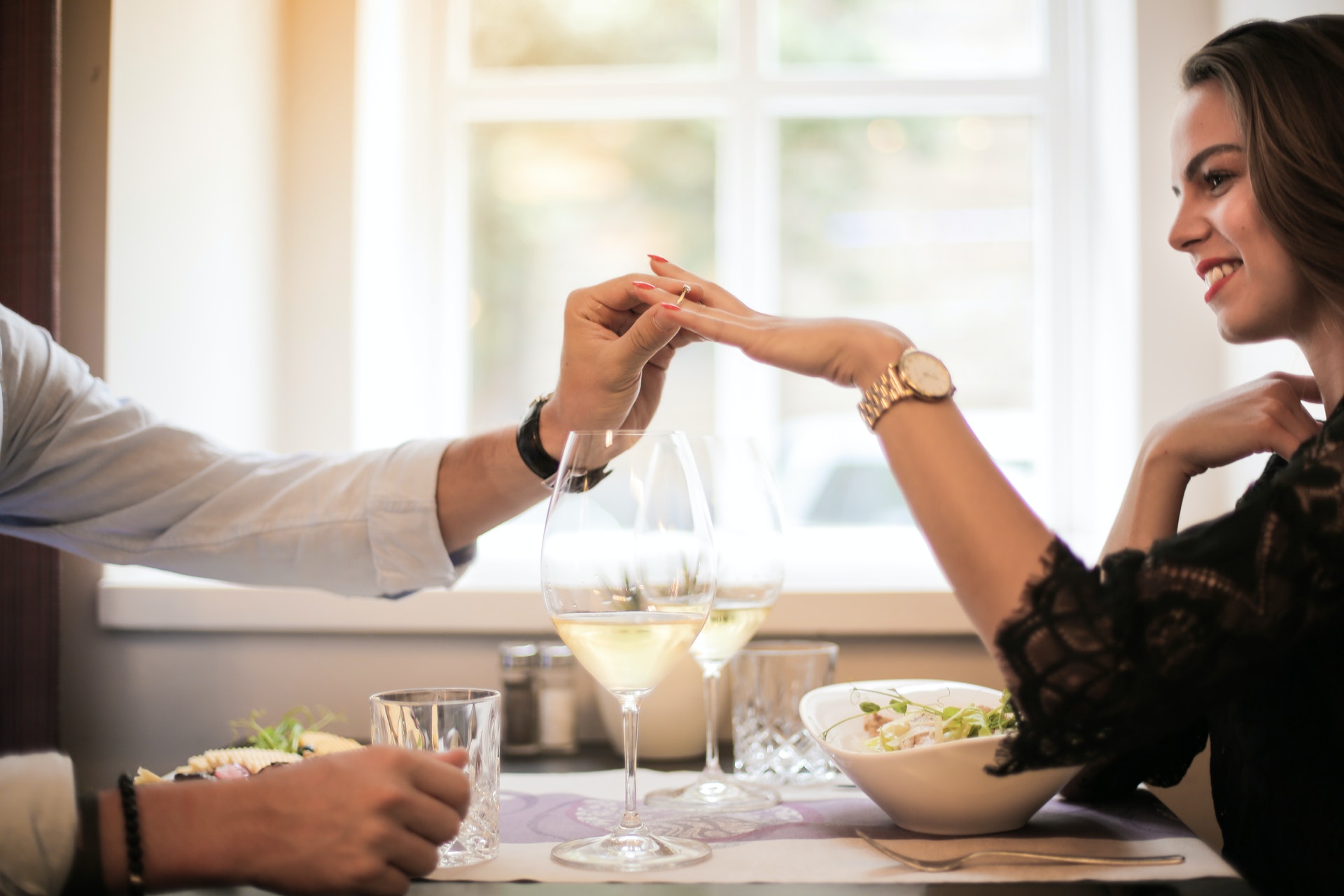 “So, as I said he used to hunt women. Not the normal woman. The prostitutes, the girl with night jobs, or any woman who was not the cook of the house.” – I started gulping down the beer and Jake was staring at me because, of course – he was interested.

“He killed several women but no one ever knew why he killed them? Why he was so angry with the outer world.” I paused, and begin again.

“He first locks his targets – a gorgeous blonde or brunette who walks around the road every night at 09:00. He approaches them as a stranger in some regular café, bars, and libraries. Make them fall in love with his words, take them to his apartment, and kill them. But the story becomes interesting when the serial killer fell in love with one of his victims.”- I smirked, and Jake was more intrigued.
“He met this woman in a cafe where she was drinking her morning coffee and yelling at someone overcall. He looked at her and he stared at her – she was looking beautiful to her even when she was angry whereas she did not even notice him. She continued drinking her coffee avoiding his stare. He went to her and all she said: “I am not in a mood for conversation.” She rejected him.” 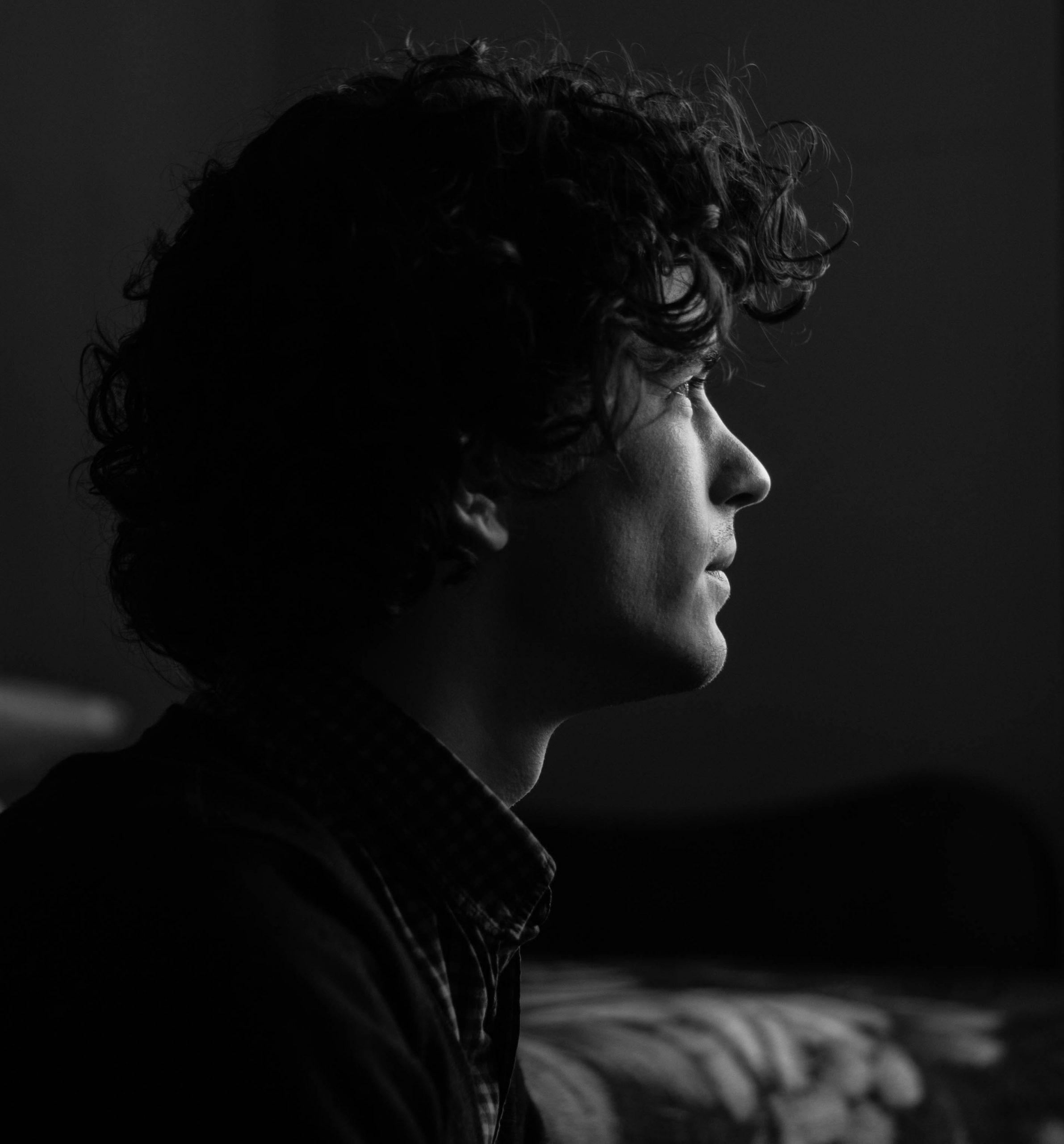 “It’s a love story?”- Jake asks me.
“Maybe? It was the first time someone rejected him so he chased her. Every morning with a smile on his face he started going to the same cafe and even in her morning blues, the man found a beauty.
Eventually, the girl was off guarded. Over a cup of coffee, the girl told him the truth “Look, I know you are interested. But before you think about anything let me tell you that I am a prostitute.”
“Wow! I can imagine his face.”- Jake laughs.

“I know right? He was angry – he thought that these kinds of women are worthless because they sell themselves for their living. But the girl told her a truth – “I am doing this because my ex-husband
thought that it is a better idea to sell her wife to someone and now that man makes me do this even if I do not want this. I have a kid for god sake! And you can understand how hard it is for
me to give her the life she deserves.”-I was silent. Then after a moment when Jake did not say anything I continued.

“The killer may have some pride and some prejudice about women but he melted when she mentioned the kid. He asked her out on a date and told her that he is fine with it.”-I completed. 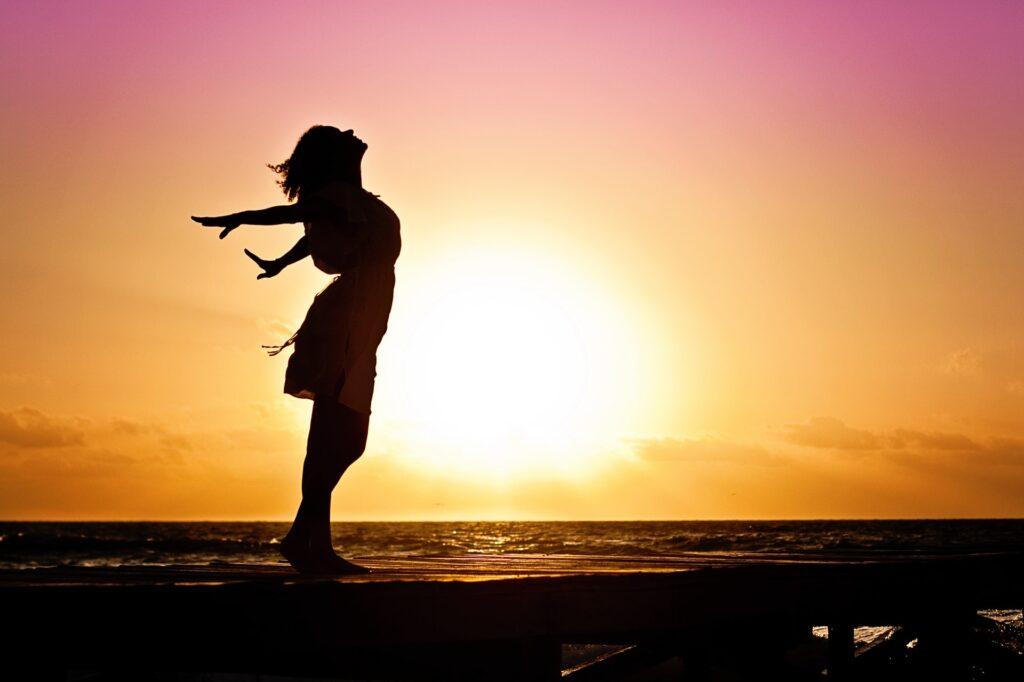 “Really? It was not a trap?”- Jake asked and gulped down his third glass.

“No. because the killer was in love and after understanding her history he was ready to take a chance. So he decided that he will not kill her but stay with her.”

“Wow. That was weird but okay – why it was your favourite story though?”- Jake asks me I smiled and walked closer to him and I cupped his face.

“I will tell you, babe. But have the last drink I am not pouring for you after this anymore.”- I said to him and offered him the glass of whiskey.

My phone buzzed and I got interrupted.

“I will be right back.”- I smiled and kissed his freckles.
I went to my room and picked up the call.

“Hello?”- I said as soon as I picked up the call.
“Didn’t you tell him about the interesting part of forever?”- The person on the other side said. I was flushed and I could feel the blood rushing through my veins. I run back to the living room and looked at him. His body was trembling on the floor and I rushed to him. 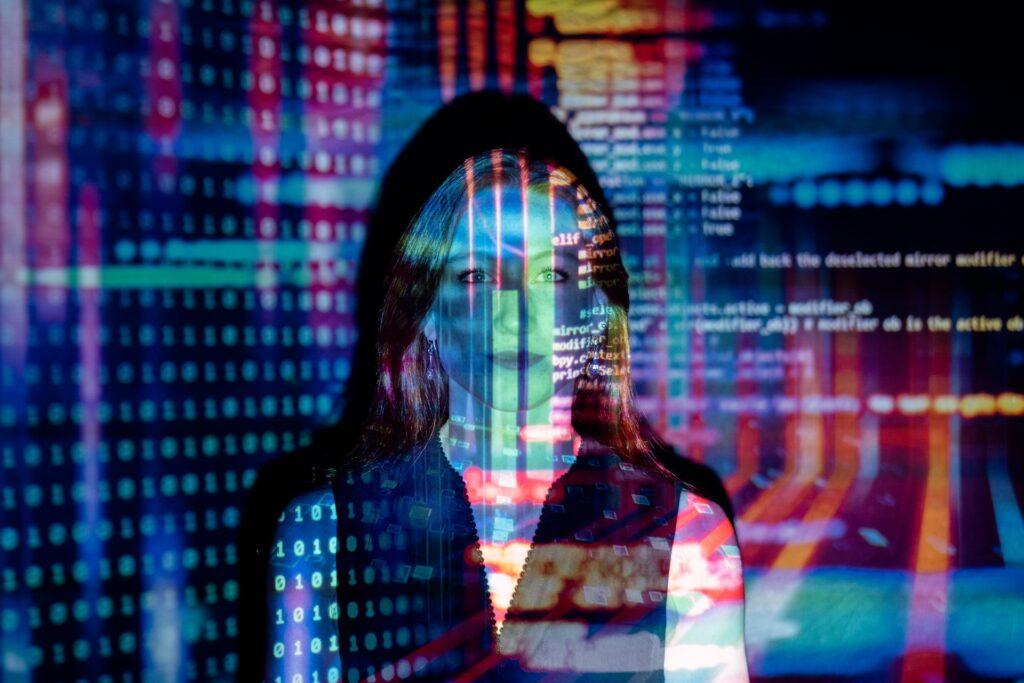 “Rachel, I do not know what is happening. Please call 911.”- Jake was not able to talk. He was clenching his heart as if he knew it is the end.

“No babe. It will be an all right baby. It will be alright!”- She hugged him and said Jake was confused. Rachel smirks and looks at his face.

“You know what happens when you unintentionally gulp down poison which was by the way, in your drink? Let me tell you as I am a lab technician. Basically, you will feel the death. Literally, a slow process of few minutes when your entire body will stop processing.”

“It is affecting your Mitochondria. The powerhouse of the cell? It is unable to create the ATP which is required to transport the oxygen in your body.”- Jake was unable to breathe and my eyes widen
“ Difficulty breathing? You are right! Your lungs are not getting the oxygen. I literally “take your breath away!”- I laughed and then continued

“Now we can stay together! Just like mom and dad. Just like, once upon a time when a prostitute fell in love with a serial killer and the killer was in love with its trap. Do you know the end baby? He just died like you!! Yes, he died In my mother’s arm just like you are dying. Now – we have our forever. This is my favourite story because now no one can snatch you away from me. The heart tissue and the nerve cell, energy cells are also dying. Wow! This looks so surreal!” – Jake was a fighter so he tried hard but who can fight with poison. His body was trembling in my arms and it turned pale – his nerves were blue just like his eyes which were diluted and then his body stopped trembling. It feels so amazing! This rush of looking at someone who is dying how beautiful death looks – how amazing it feels to kill your love to keep him as your forever.

“The number you are trying to reach does not exist.”

The IVR voice haunted me like a dead old record. Leaving me with the thought that my mother has died six years ago.

I am Tripsha. Trying to create stories out of my messed thoughts. For me, writing is not just a hobby or passion it gives me a way to escape the reality or sometimes a shelter where I keep my self. Thanks to mood recipes I can talk about all the things which I do not talk about.